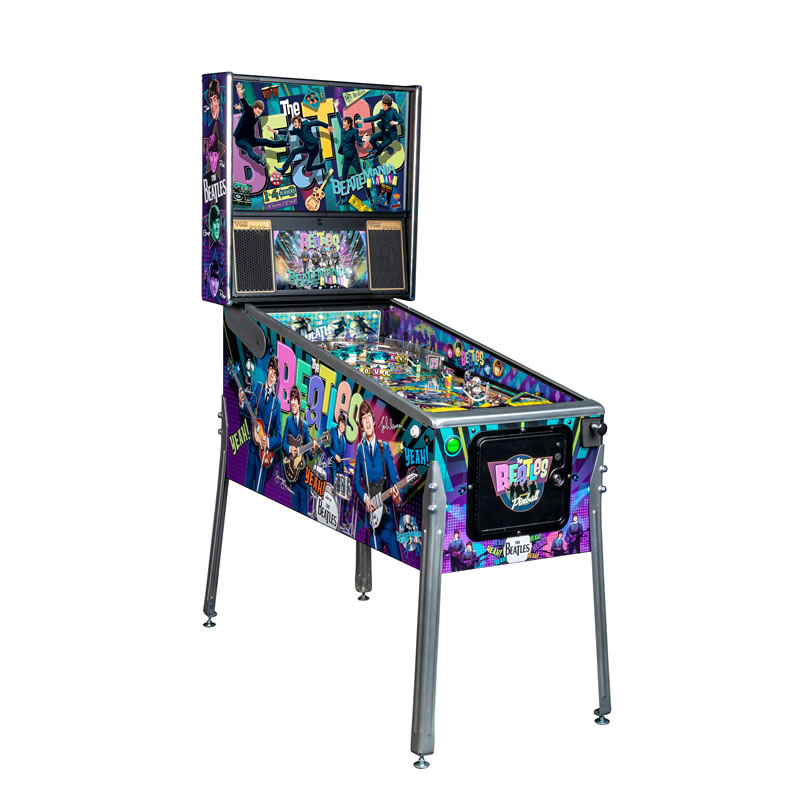 The Beatles pinball machine will immerse players in 1960’s Beatlemania and feature nine timeless hit songs from that era:

One of only 250 produced worldwide.