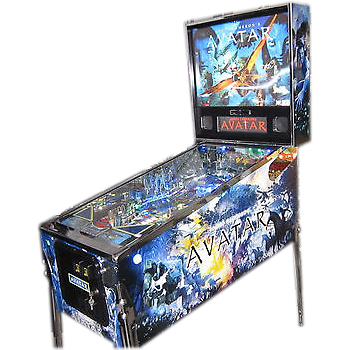 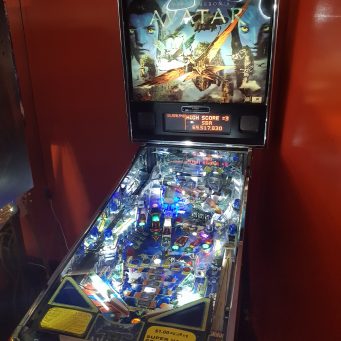 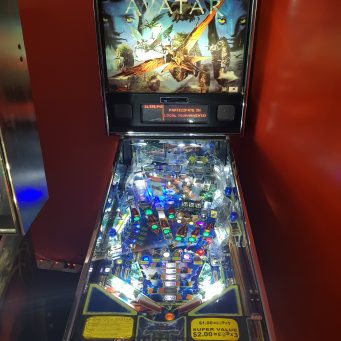 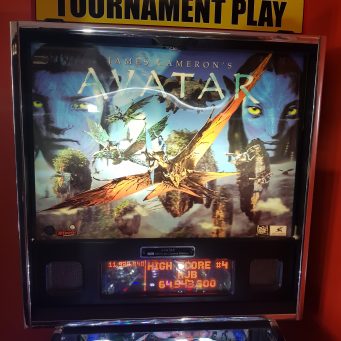 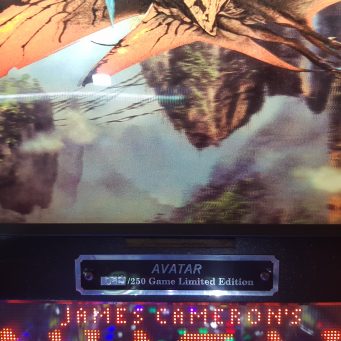 James Cameron’s Avatar Pinball by Stern Pinball, Inc. through a license with Twentieth Century Fox Consumer Products transports players to the planet of Pandora on a quest to protect the Na’vi people from an invading mining colony. Based on the number one film of all-time with $2.7 billion in worldwide box office receipts and the top-selling Blu-ray release of all-time, the pinball game translates James Cameron’s history making epic into a one-of-a-kind gaming experience. Staying true to the innovative nature of the film, James Cameron’s Avatar Pinball features a 3-D backglass with incredible depth, clarity and color, speech and sound effects from the movie, and an original voiceover by Stephen Lang, who plays Colonel Miles Quaritch.

In James Cameron’s Avatar Pinball, you are Jake Sully. Capture the pinball in the transporter link that reveals a Jake Sully figurine, thus transforming yourself into his Avatar. As his Avatar, you will have to escape the Thanator, fight the Viper Wolves, and ride the great Leonoptyrix. Travel through the Hallelujah mountains and do battle with the RDA in the bumpers and face Colonel Miles Quaritch in his mechanical AMP Suit. Be sure to destroy the Colonel before he destroys you to access the 4-ball multi-ball as a reward. Score jackpots and save the Na’vi people from total destruction. James Cameron’s Avatar Pinball also features a banshee ramp, magnet for random ball play, stationary targets, bank of mobile targets, and lots of multi-ball action.