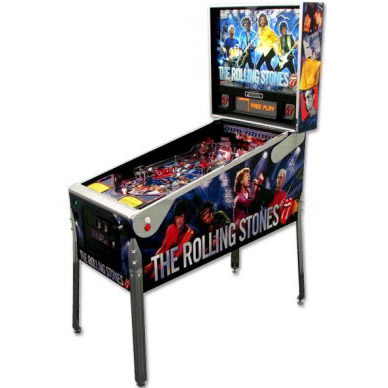 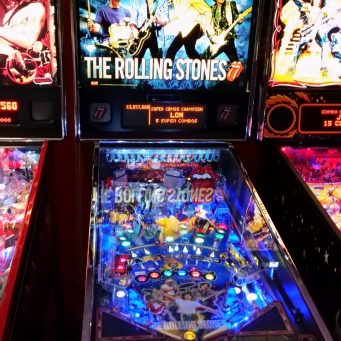 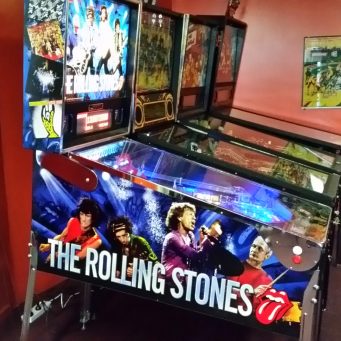 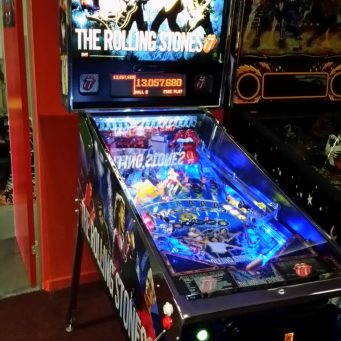 With the Rolling Stones “Limited Edition” Pinball Machine, players experience the “Ultimate Rock Concert Under Glass”. This special limited edition comes with all the features of the standard Rolling Stones Pinball, plus a slew of special new features, including a second set of flippers, a cool white ceramic ball, and an individually numbered plaque with a Certificate of Authenticity

Bright and colorful artwork on the cabinet, back glass and playfield features the Stones’ band members and a few of their classic album covers, and will make this machine a standout collectors’ piece for any location.

One of the most striking parts of the playfield layout is the fun and wacky “Moving Mick” target, along with a wonderful and colorful molded replica of the Stones’ “Tongue and Lip” logo design, which first appeared on the group’s 1971 “Sticky Fingers” album.