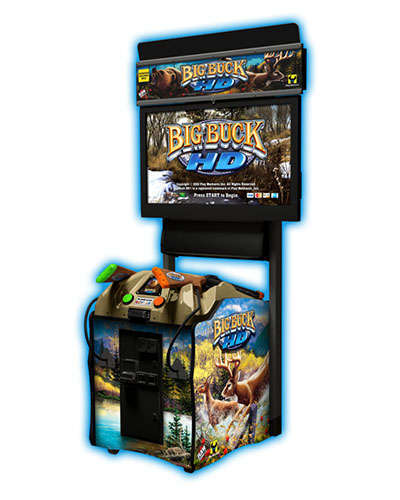 Big Buck Hunter takes digital hunting to the next level in 2012 with the release of the first-ever, high-definition bar and arcade game, Big Buck HD.

Two years in the making, Big Buck HD is the first game of its kind designed with 1080p high definition graphics and new functionality that will change the video hunting experience. All Big Buck HD games will feature online connectivity, which will allow players to track scores through online accounts and compete in tournaments against players from across the country for cash prizes, making Big Buck HD a truly interactive experience.

Other features of the new game will include:

Enhanced Graphics: From grass blowing in the wind to life-like animals, Big Buck HD will feature a level of detail in the graphics not seen in a bar or arcade game before with the new two million-pixel 1080p HD monitor.