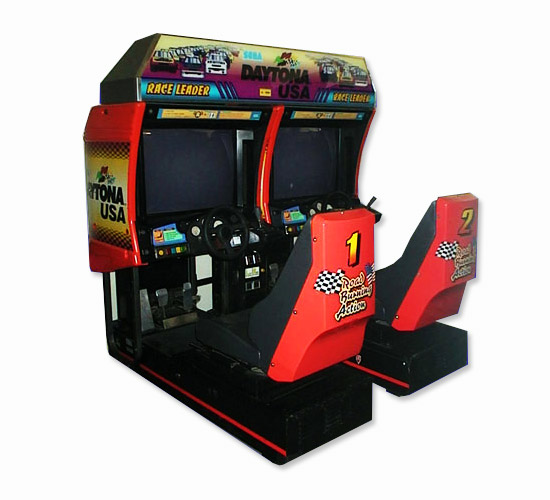 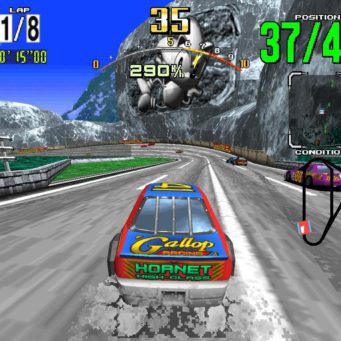 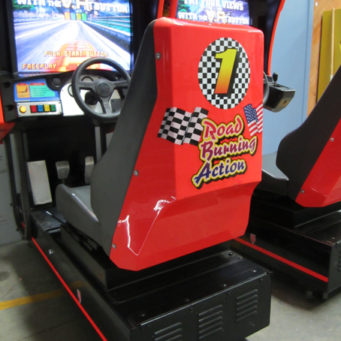 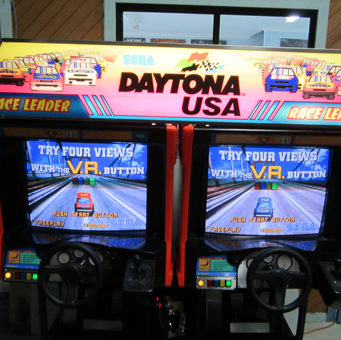 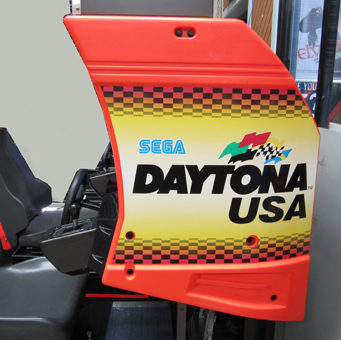 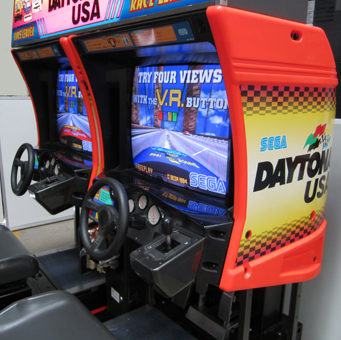 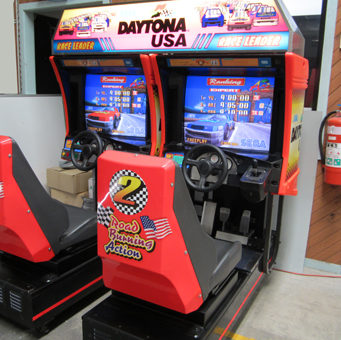 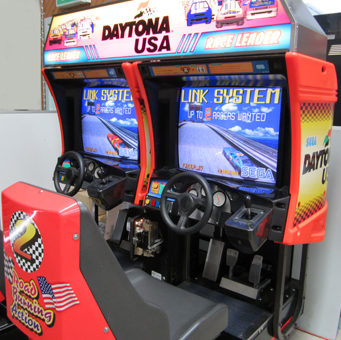 We refurbish and supply for both home and commercial use.

Our prices vary depending on the condition and level of restoration for each Daytona USA arcade machine for sale.

All our Daytona USA arcade machines for sale are fully workshop serviced and tests. We service all pcbs and mechanical parts as well as cosmetic restoration.

The player is put behind the wheel of a stock car (known as the Hornet), with the choice of three tracks as well as an automatic or manual transmission. The player’s objectives are to outrun the competing cars, and complete the race before time runs out.

Daytona USA offers multiplayer and introduced the possibility of linking four twin cabinets or eight deluxe cabinets to create an eight-player competition. Linked deluxe cabinets may also include a camera pointing towards the drivers seat, linked to a closed-circuit television to show the player on a separate screen. Even though the game was released years before the Daytona USA museum (which featured this game in the attraction’s arcade) opened next to the Daytona International Speedway in Daytona Beach, Florida, the International Speedway Corporation had already held the trademark to the name “Daytona USA.” Any future game would require a license to use the name Daytona USA.

In 1994 Sega released a revised version of the game which changed the difficulty of computer-controller racing opponents and completely restyled camera motions in the attract mode, pre-race, and victory segments. In 2010, Sega released Sega Racing Classic, essentially the same game running in 720p resolution, and the lyric “Daytona” in the intro & advanced track (Dinosaur Canyon) removed due to licencing issues.

The racing team featured in the Daytona USA arcade game and Saturn port is called Team Hornet. Although the team is never explicitly mentioned in the games, their car features an easily-recognizable hornet logo stamped on the front of the car.

In the arcade and Sega Saturn versions of Daytona USA, the Hornet car is numbered 41. However, on linked arcade machines, players 1-8 will have cars numbered similarly in multi-player mode for easy identification mid-race.