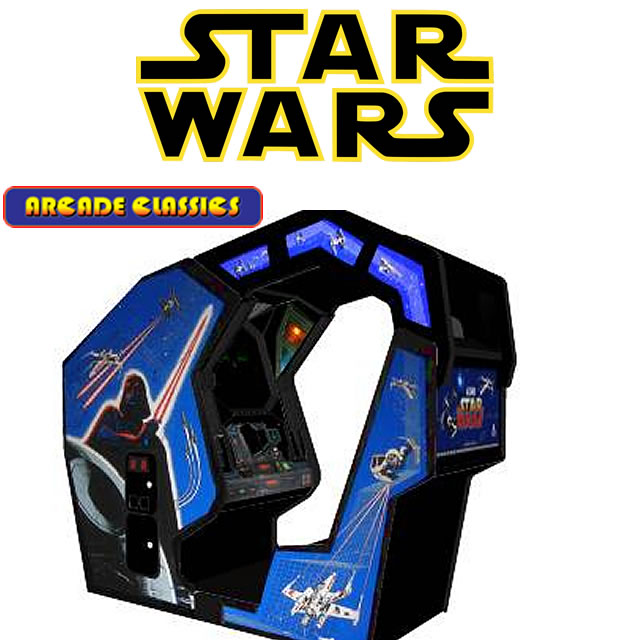 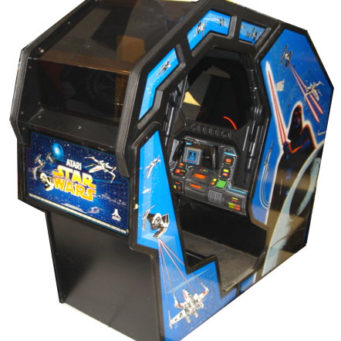 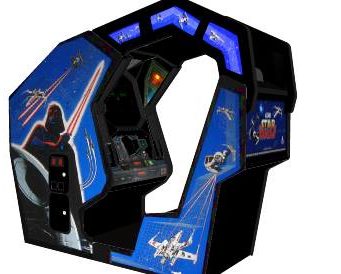 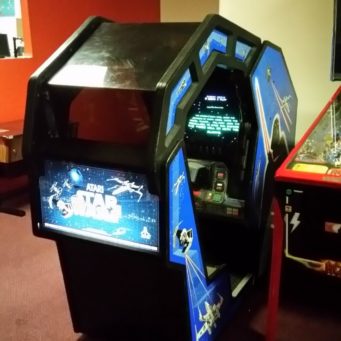 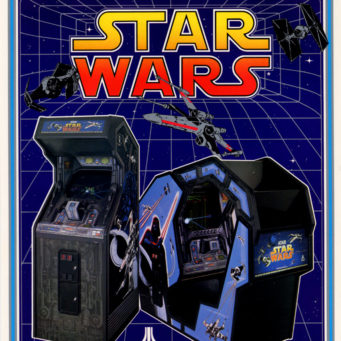 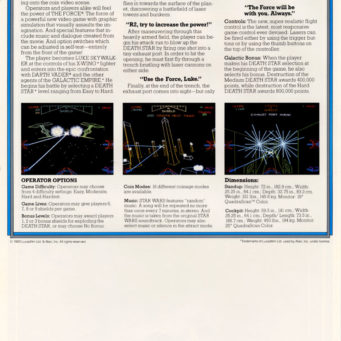 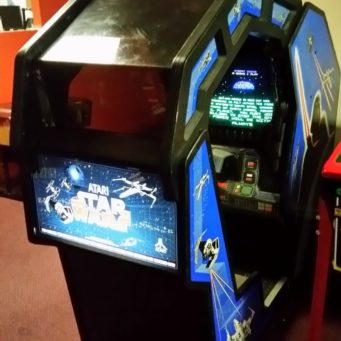 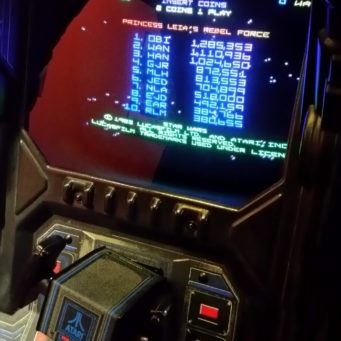 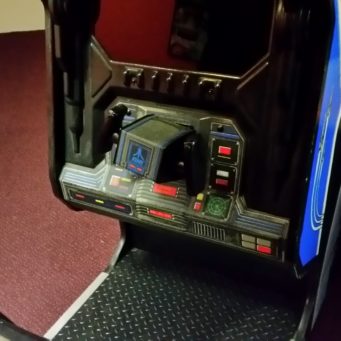 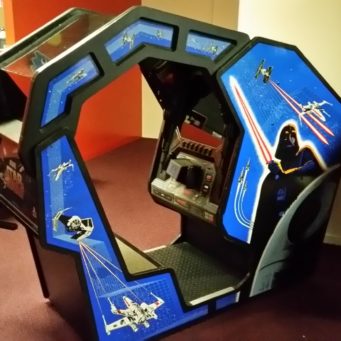 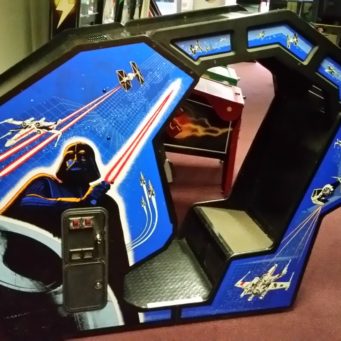 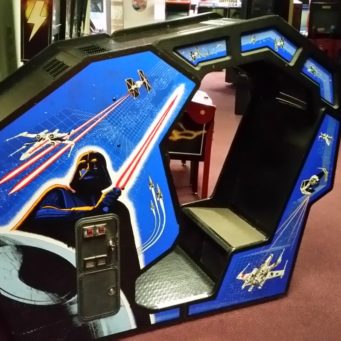 Made by Atari in 1983, this classic piece of arcade history in in mint condition and full working order.
This is the Deluxe Cockpit model with a 25″ screen, highly sort after by collectors around the world.

Now 33 years old, very few are still left in the world in this condition. 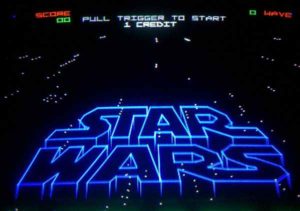 The player assumes the role of Luke Skywalker (“Red Five”), as he pilots an X-wing fighter from a first-person perspective. Unlike other arcade games of similar nature, the player does not have to destroy every enemy in order to advance through the game; he must simply survive as his fighter flies through the level, which most often means he must avoid or destroy the shots that enemies fire. Each hit on his craft takes away one shield (of the six he started out with), and if he runs out of shields and takes another hit, the game ends.

The player’s ultimate goal is to destroy the Death Star through three attack phases.

The game then resets to the first phase. Each successive Death Star run greatly increases the difficulty; TIE Fighters shoot more often, there are more Laser towers and batteries in the second round, and there are many more obstacles and laser fire during the trench run. Unlike the movie, where the units shoot beams similar to lasers, the enemy units in this game shoot projectiles resembling fireballs, in order to give the player a chance to destroy the fired shots.

The game features several digitized samples of voices from the movie, including Mark Hamill as Luke Skywalker, Alec Guinness as Obi-Wan Kenobi, James Earl Jones as Darth Vader, Harrison Ford as Han Solo, the mechanized beeps of R2-D2, and the growls of Chewbacca. The game is available as a standard upright or a sit-down cockpit version, both of which are elaborately decorated. The controls consist of a yoke control with four buttons — two trigger style and two in position to be pressed by the thumbs — each of which fired a laser positioned on the four leading edges of the X-Wings. 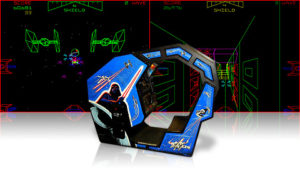 Interstate shipping can be arranged.